A disk crash, an operating system refusing to start or a simple cup of coffee spilled over the server. Sooner or later your system is hit by “disaster” which causes severe data loss.

The time and costs to get your business running again after a data loss is very high. A study of the University of Texas showed that 43 percent of businesses that suffer major data loss never reopen. Not only natural disaster are responsible for data loss, but almost 75% is caused by human errors and hardware malfunctions. 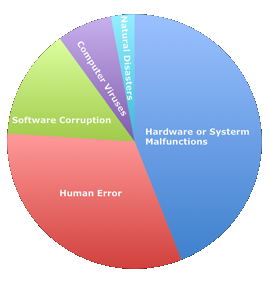 Back up everything! You are not invulnerable.
Catastrophic data loss can happen to you – one worm or Trojan is all it takes.

A right backup is essential, but how often. A Backblaze survey shows that the frequency differs very much. More then 83% of all backups are made when the previous one is older then 1 month. 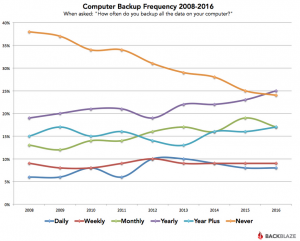 The new TSMS Backup Feature is based on the GFS (Grandfather–Father–Son) retention method for maintaining hierarchical restore points. GFS method describes a rotation scheme whereby a daily backup (the son), a weekly backup (the father) and a monthly backup (the grandfather) are created to maintain a hierarchical backup strategy.

Conclusion: Should there ever be a cup of coffee spilled over the TSMS server, monitoring will be up en running in 30 minutes, saving lots of time, money and frustrations. 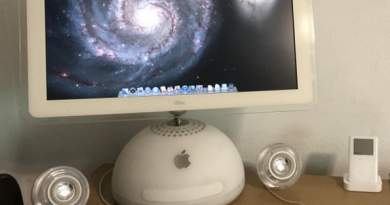 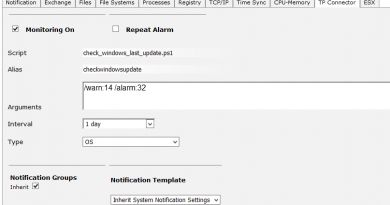